The Luxembourg: A Kumquat Rosemary Smash 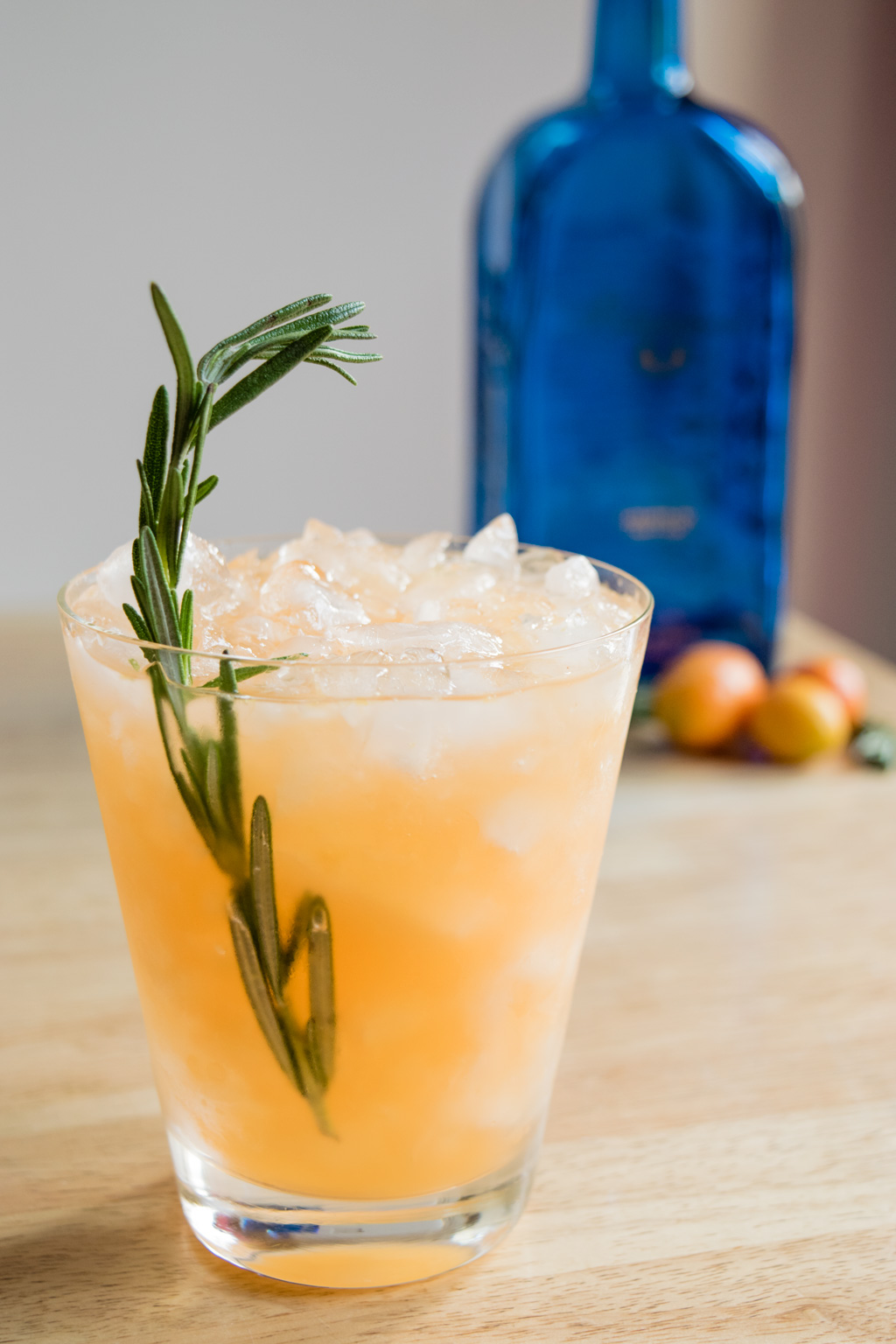 The Luxembourg: a kumquat rosemary smash

Peak citrus season is coming to an end. And, unfortunately, I’ve marked citrus season with more spoiled citrus than citrus I’ve taken advantage of. I celebrated citrus season with: one spoiled bag of blood oranges, two ruined bags of Meyer lemons, and more penicillin produced by bad limes than I need to fight a year’s worth of infections.

One thing I didn’t waste though – some of the season’s last kumquats.

If you’ve never tried a kumquat – try to get your hands on some before the season runs it’s course! As someone described them to me recently, they are like the Sour Patch Kids of the fruit world. Tart and sweet, all in the same bite. 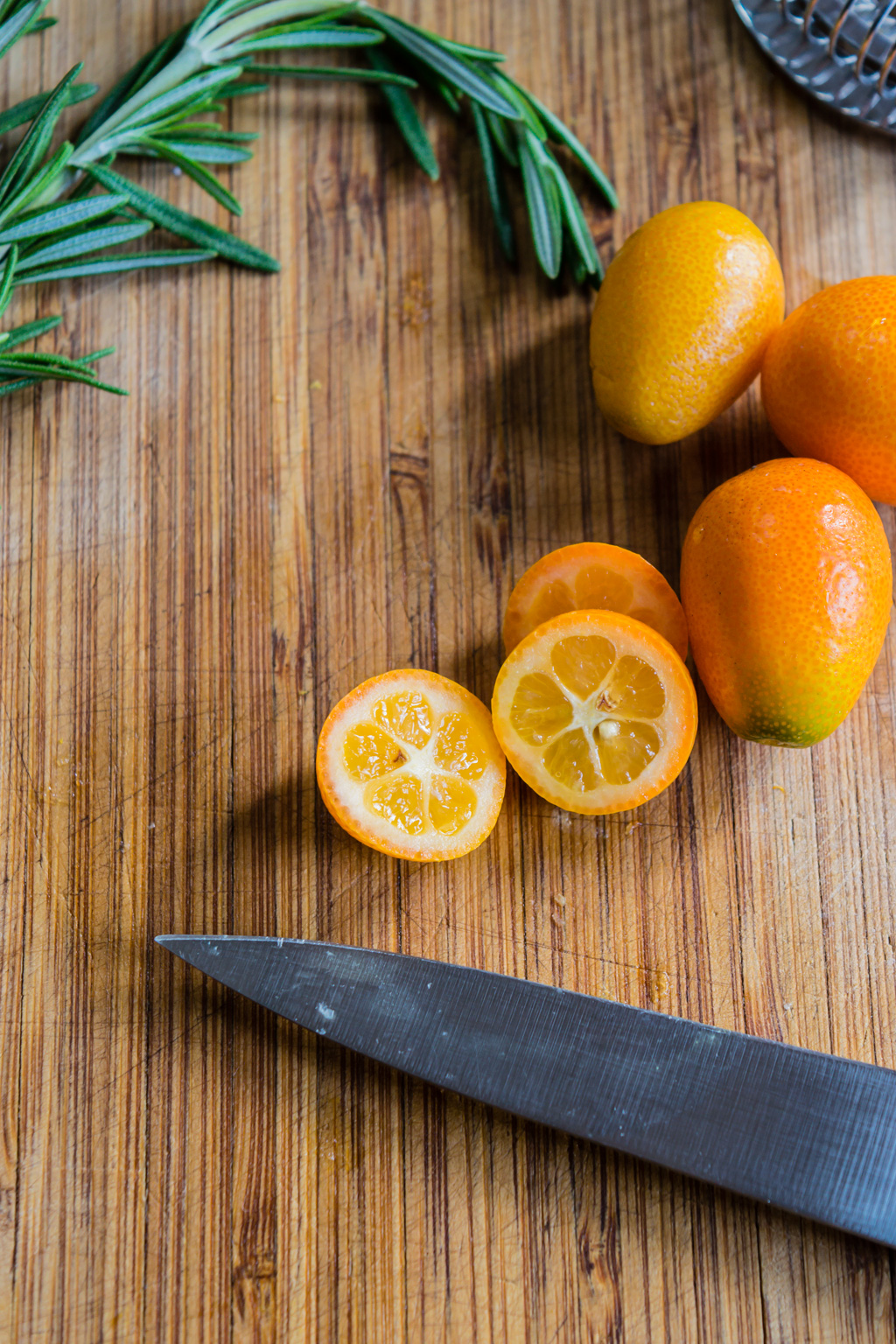 I’d been pondering a cocktail made with kumquats and Bluecoat Gin (produced in Philly!) since a trip to Luxembourg City over the holidays. I hadn’t expected Luxembourg to be a gin mecca, but I was pleasantly surprised.

Over the Christmas and New Year’s holiday, the husband and I planned a tour through Germany, France, and Belgium. We were excited to spend our time in Paris sampling all the champagne we could, our time in Brussels seeking out obscure sour beers (no, we were not afraid of terrorist attacks), and our time in Weisbaden bonding with friends. Mapping that trip out, we realized it was obvious we had to stop in Luxembourg, if for nothing else than another check mark on our country tour. But when we arrived, we found that Luxembourg City was going through a gin & tonic phase that was inspiring!

At every trendy bar we hit in Luxembourg City (and there aren’t all that many – the city is on the small side), we were impressed by not just the varieties of gin, but also the variety of artisan tonics and fancy garnishes being served. One bar had easily 40 different gins, each with a unique garnish on display at the bar.

The cobalt bottle of the Philadelphia Distilling’s Bluecoat gin caught my eye. Since they came on the market a few years back, I’ve kept a bottle of Bluecoat in regular rotation on my gin shelf. During a chat with a Luxembourgish bartender, I found out that they serve the Bluecoat with a kumquat garnish. 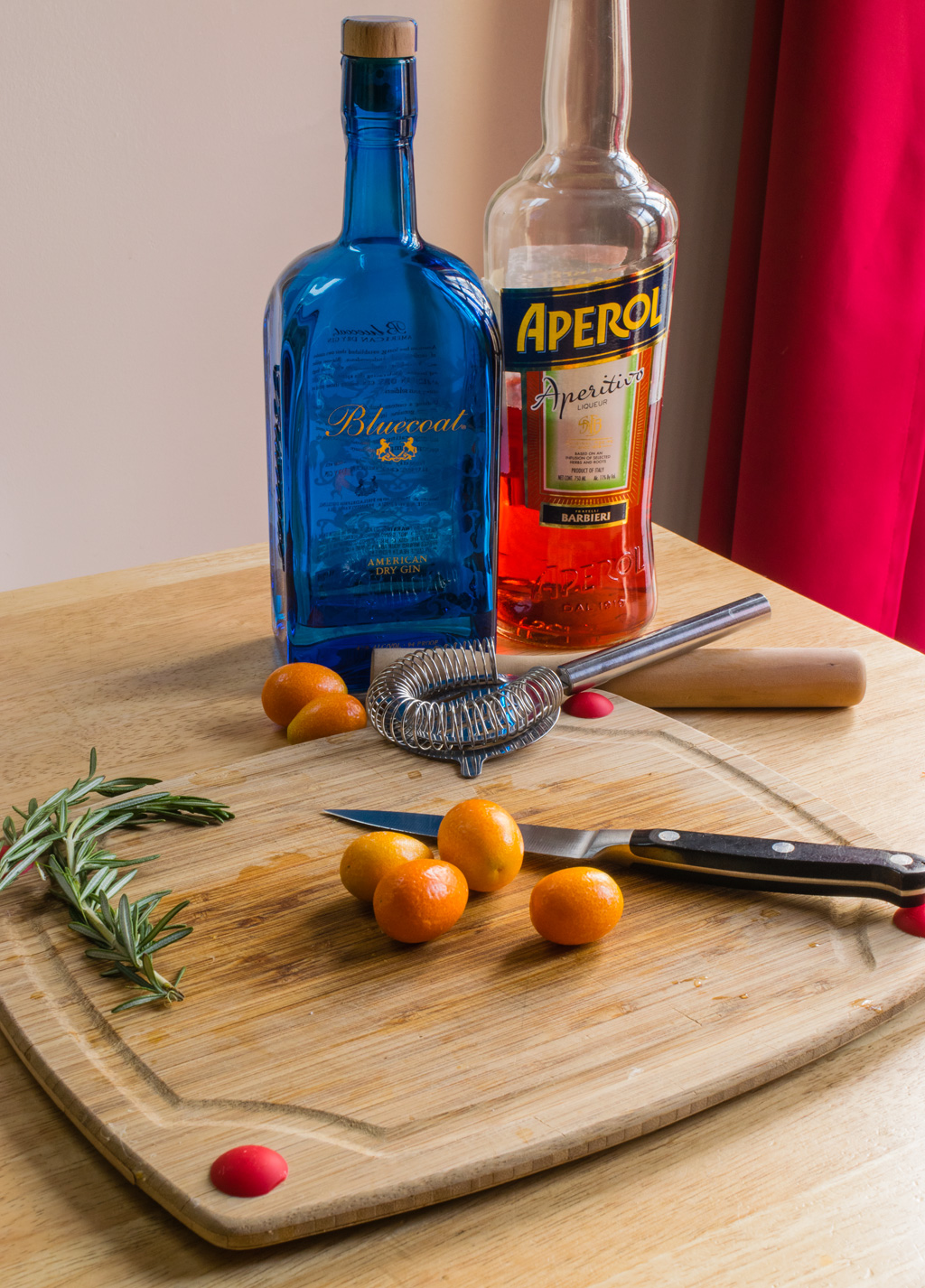 That came back to me this weekend, as I was thinking about celebrating what friends informed me was “national gin & tonic day.” I knew I had some Bluecoat on the shelf, and figured if I could find some kumquats it might be one of the last times this season I’d be able to make a drink involving both kumquats and Bluecoat (I was right – I got the last bunch of kumquats I could find at Wegmans.).

Inspired by a drink I’d had earlier in the weekend at Volt Restaurant, I decided I wanted to make a “smash.” Partly I thought it’d be pretty (it is), partly because I figured it would taste pretty good (right again).

The generally accepted definition of a “smash,” when it comes to cocktails, is a drink that involves:

I had the spirit (Bluecoat gin), and the seasonal fruit (kumquats). When it came to the herb, I thought that Aperol might complement the citrus notes of the kumquat, and realized I had a rosemary-infused Aperol sitting on the shelf (as one does). I had my herb. I knew I needed to muddle my kumquats with sugar to extract their juices and oils, thus I had my sweetener.

(As an aside, I think “my kumquat” needs to be my new all purpose pet name. “Let’s go get coffee, my kumquat!” “Thanks for taking care of that, my kumquat!” “You look adorable in that sweater, my kumquat!” Okay…I admit at some point – it gets weird…) 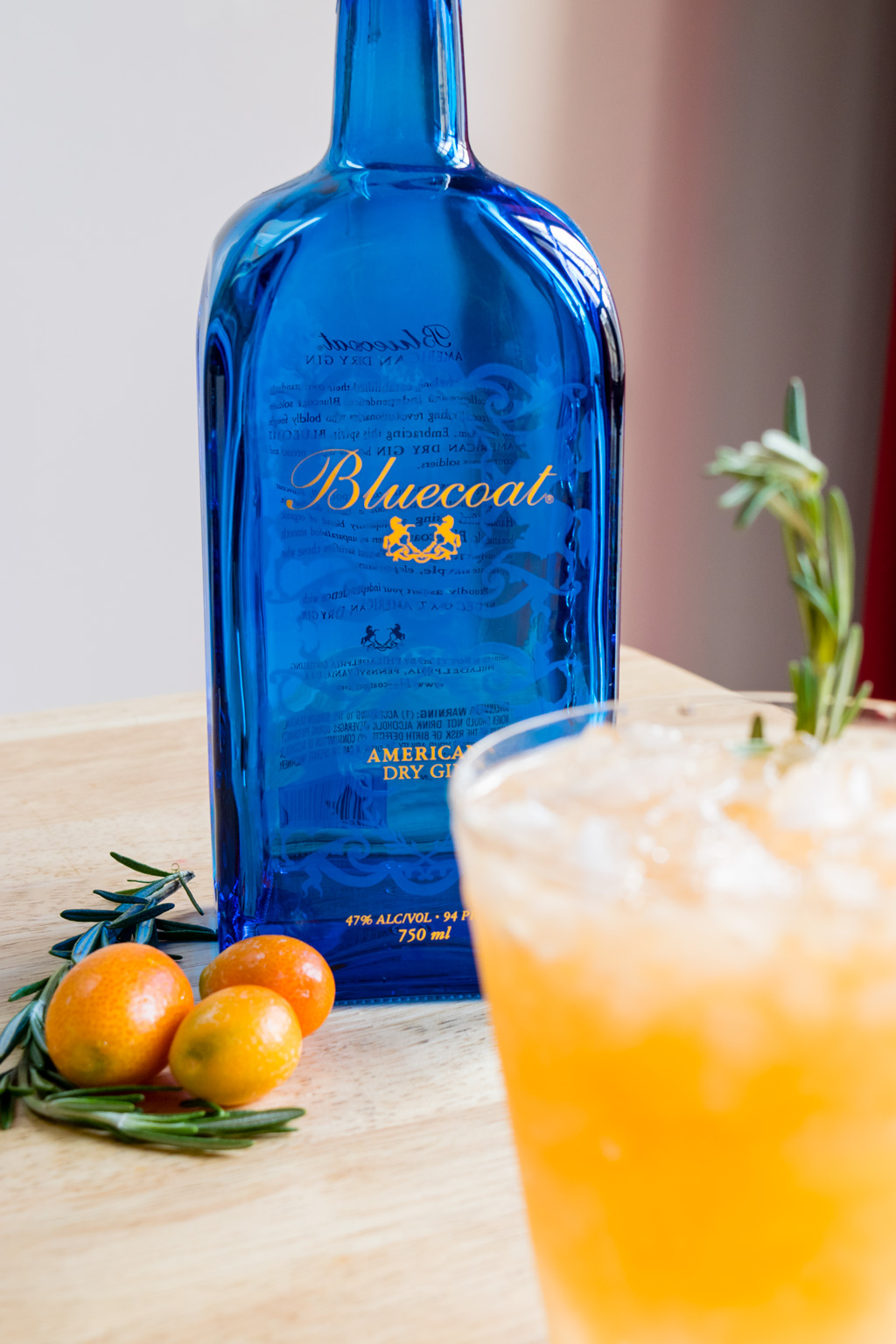 There’s nothing terribly complicated about this recipe, though some elements may sound intimidating. My recipe calls for rosemary-infused Aperol, yes. To be clear, if you use un-doctored Aperol, it will still be delicious. But if you want the infusion, it is no more complicated than taking a few springs of rosemary and sticking them in a bottle of Aperol for a few hours, up to overnight. You are going for a rosemary scent, not for a spirit tasting of wood.

After you are done muddling (when the kumquats have gone smooshy and you aren’t going to get any more juice out of them), add the Aperol, gin and some ice cubes, and give it a good shake. Strain into a tumbler full of shaved or crushed ice (I don’t know where people get shaved ice, but I can get crushed ice from my fridge). Throw in one last sprig of rosemary, for some scent, and there you go. A kumquat rosemary smash. The Luxembourg.