If you’re reading this, you more than likely know me personally (Hi, Mom!), and if you know me, I’m sure you know it’s Harrisburg Beer Week. I wanted to get in on all the local, craft beer fun, so I came up with a recipe for a “milkshake” using Zeroday Brewing Co.’s Dolce Vita, a chocolate hazelnut stout. 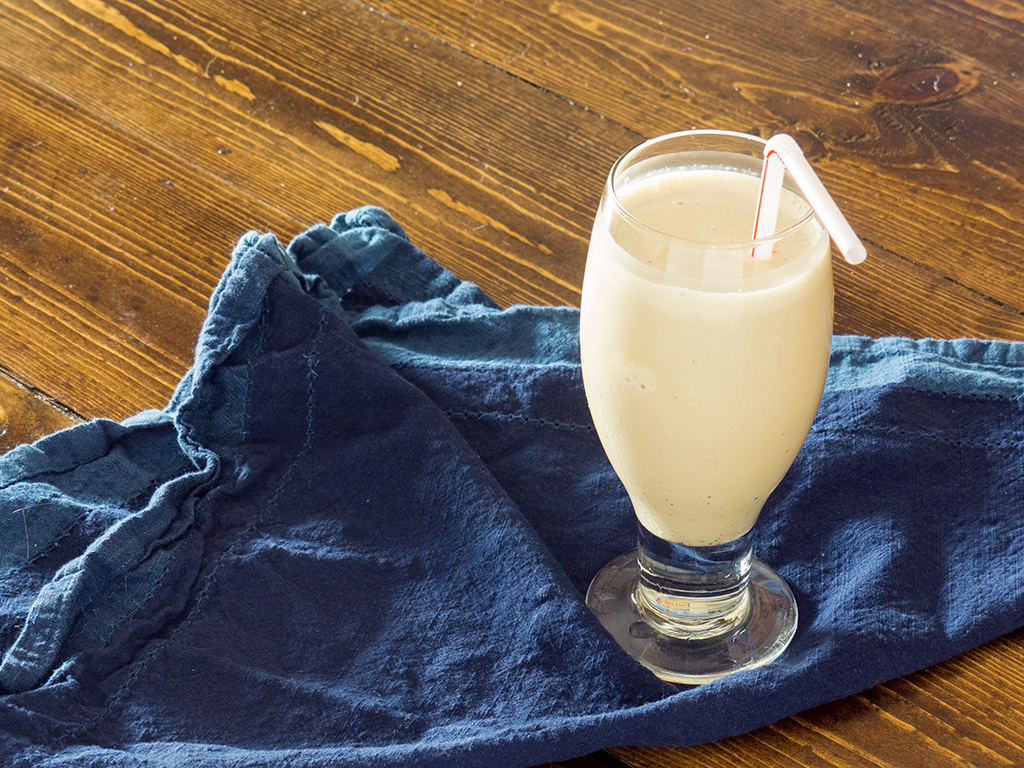 The recipe makes enough for one large shake. You wouldn’t want to share it anyway. Trust me.

Before I get into the Made From PA ingredients and the recipe, I’m just want to say that Harrisburg Beer Week has been amazing, and I’m proud of my friends from Stouts & Stilettos and SaraBozich.com for pulling it off. It has been so interesting to see just how active and large the craft beer community is in our area. There are more than 140 events associated with Beer Week, and every single one I’m aware of has been successful. Some of them were so successful they had to turn people away! All this in support of a good cause, the Harrisburg River Rescue. Kudos to Chelsie, Colleen, Sara and Tierney.

Now. Let’s talk about this shake. Guys. This shake. SO. GOOD. I was inspired by my friends’ chocolate hazelnut stout, made a few guesses, and honestly — with very little tweaking this recipe makes one of the best milkshakes I’ve ever had. The fact that there isn’t any milk in it…well, we don’t need to worry about, now do we? Not when we have beer!

Made as I did it, this shake is truly Made From PA. I used beans from Little Amps, a local Harrisburg coffee roaster, and cream from Apple Valley Creamery in East Berlin, PA, to make the coffee ice cream. And instead of milk, my liquid ingredients are a Harrisburg-brewed chocolate hazelnut stout and a Philadelphia-made coffee rum. I’ll share the coffee ice cream recipe soon, so you can play along at home on that one. The coffee rum is available to order online. The only ingredient not from PA is the sea salt, and well, you’ll just have to forgive me for that one. Do NOT try this recipe without the salt. You’ll regret it.

But I hate to say, there’s currently no way for you to get the chocolate hazelnut stout at home. I cheated, and conned my brewery-owning friends into letting me take home some of their amazing Dolce Vita stout just so I could make this recipe.

Don’t worry, it would be easy enough to make this recipe with easier-to-find ingredients. It’s still going to be good. You can use any commercially available coffee ice cream. I’d recommend going with a premium one here, though. Häagen-Dazs would be a good choice. As I said, the coffee rum is available online, but if you needed to substitute you could try a coffee or espresso vodka, any other coffee liquor, or even substitute an Irish whiskey for a different but equally yummy flavor. Instead of the Dolce Vita chocolate hazelnut stout, you could go with any sweet stout that has some chocolate flavor to it. You could even vary that with a vanilla or coffee stout, but really…why leave out the chocolate?

A version with more standard ingredients is going to be good. But for your sake I hope ZeroDay starts selling their beers to go soon, because the Dolce….oooh, the Dolce. Really. It completes this shake.

The Dolce Vita chocolate hazelnut stout is my favorite of the flagship beers at the brand new Zeroday Brewing Co. in Harrisburg. Owned by friends-of-the-blog Brandalynn and Theo Armstrong, Zeroday just opened its doors April 8. It has already become one of my most frequent Midtown haunts. Yes, the brewery is just a few blocks from my home. Dangerous, I know. 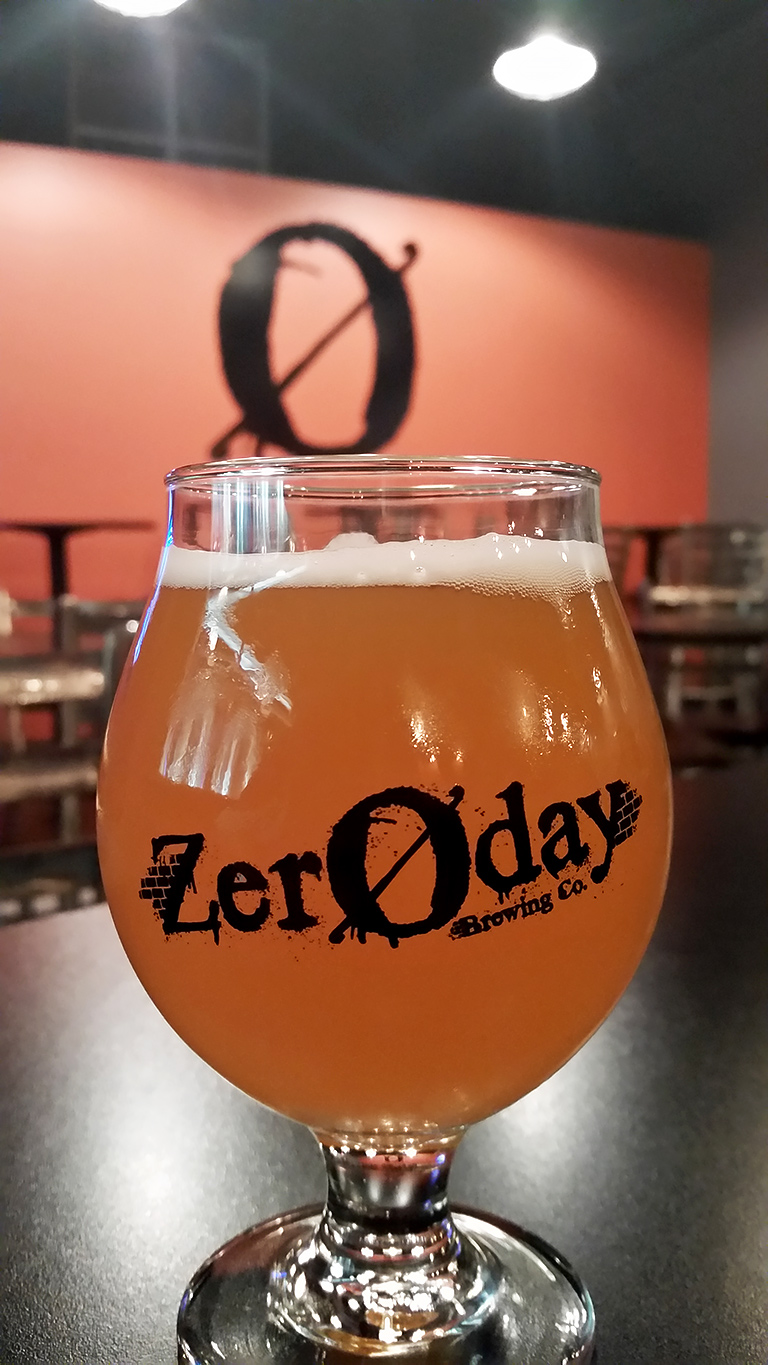 If you haven’t already, stop into Zeroday Brewing for a beer. Like the limited Saison 28!

I realize that as the owners are my friends, I’m a little biased, but I have to tell you how impressed I am with them from a business perspective. The careful planning and forethought the two of them have put into the launch of the brewery are sure to ensure its success. And I LOVE the mission and motivation that is driving their choices. Brandalynnn and Theo knew specifically that they wanted their brewery to be in an urban location within Harrisburg that was bikeable and walkable for their neighbors. They settled on Midtown Harrisburg, a neighborhood that is trying — and sometimes struggling — to improve itself. Many a restaurant or bar have opened in Midtown only to close shortly after they failed to draw the patrons they needed, so this choice wasn’t without risk for the Armstrongs. But Brandalynn and Theo have chosen to be a part of the revitalization that is happening in Midtown, and want their brewery to become part of the community here. They aren’t trying to become the largest craft brewer in PA, but they want to be a part of and add to this amazing neighborhood I live in.

What they’re doing with their beer fits right along with that mission. Their flagship beers are very approachable. Considering their location and goals, I think this is perfect. The Zeroday Cheap Date blonde ale is like a more flavorful version of a macrobrew lite beer. Even some of the styles of beer they brew that I don’t usually prefer I find very drinkable, like their IPA and dry stout. Opening a brewery in Midtown Harrisburg that sold completely exotic flavors and really challenging beers wouldn’t mesh with their desire to truly be a neighborhood brewery. And that decision has paid off. The Zeroday tasting room has been consistently crowded since it opened, and Brandalynn and Theo are already seeing the type of repeat, neighborhood business they had hoped for. 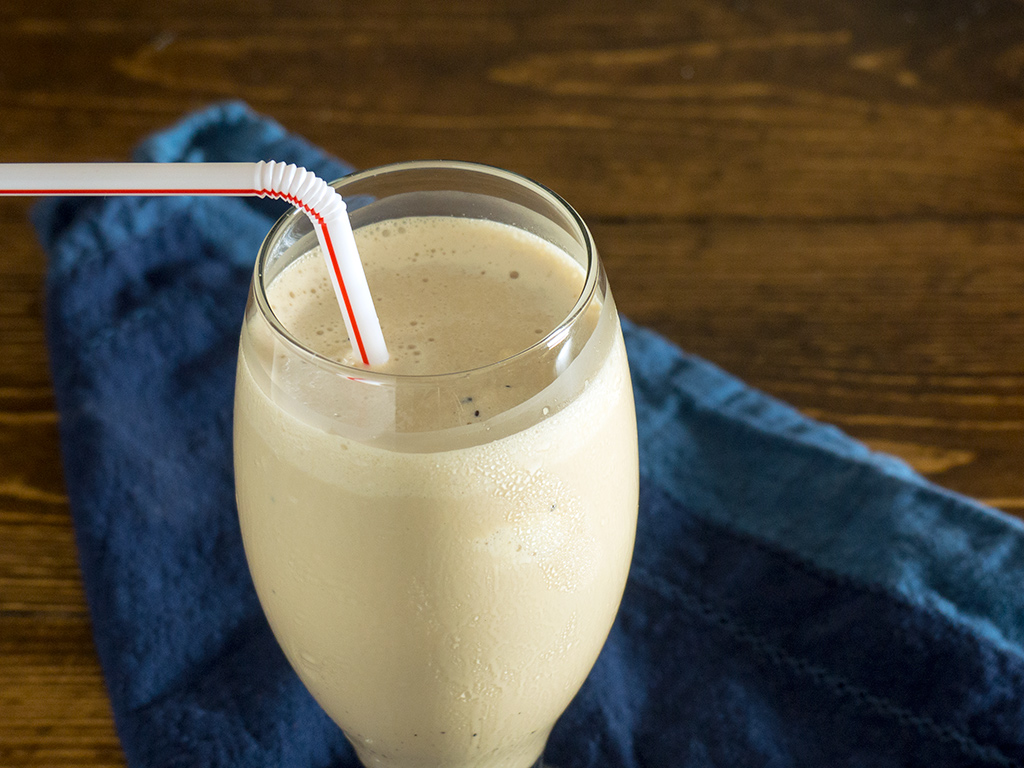 It really is as delicious as it looks.

Zeroday does plan on eventually selling their beers to go. So hopefully soon, you’ll be able to make the Dolce Vita shake yourself. Until then, give it a try with a beer like the Penn Brewery Chocolate Meltdown, the Yards Love Stout, or Lancaster Brewing Company’s Double Chocolate Milk Stout. If you do make a version with another beer, or a different liquor, let me know how it turns out!